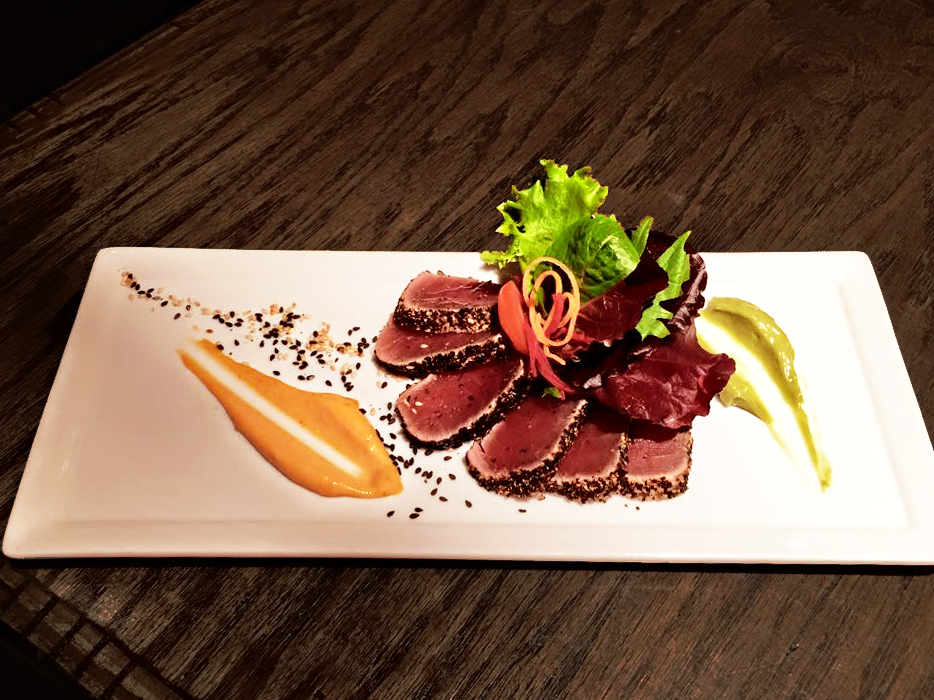 Thai cuisine is probably the most interesting multi-cultural food in the world and Tum Thai Restaurant that opened in Huntington Village at the beginning of the year well represents that diversity.

This 45 seat spot, a branch of the five year old Tum Thai of Rockville Centre, offers dishes influenced by India, Japan, Laos, Burma, Malaysia, Indonesia, Spain, Portugal, America and mainly China. All of which, plus the fact that Thailand (formerly Siam), is the only southeast Asian country never colonized by the West, has enabled it to maintain its own unique cuisine.

Few of these dishes are simple; rather, they are an intricate mix of details, ingredients, textures, colors and tastes. All of them are served in a completely redecorated version of the Afghani Restaurant that previously occupied this spot. The interior now boasts imported Thai handicraft, like hand made bird cages, sculptured wood and brass Bodhi Tree leaf, etc.

Among the many choices to check out are Tom Yum noodle soup with an array of shrimp, squid, scallops and mussels in a lip smacking Tom Yum broth and grilled Chilean sea bass in a sweet (but not off putting) chili sauce accompanied by baby Bok Choy, mushrooms and bell peppers. One of the most typical complex amalgams is Pan Woon Sen, a noodle created alive with a generous sprinkling of onions, carrots, zucchini, mushrooms, celery, eggs and scallions highlighted with a choice of chicken, pork, duck, beef, shrimp, squid or mixed food.