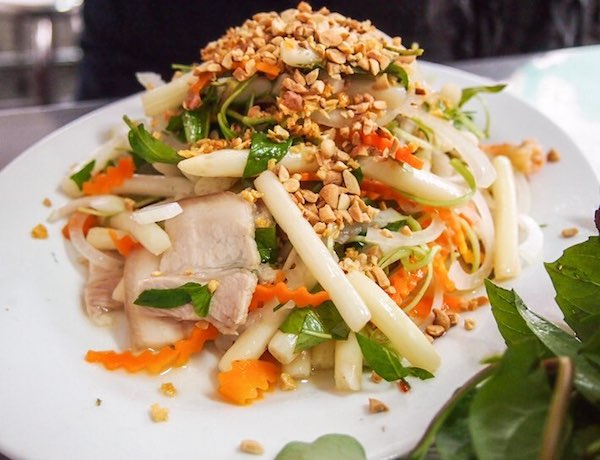 "It started about two decades ago: a massive invasion of the American restaurant world by Asian eating places. But there was one relatively missing culinary representative. The absent cuisine was Vietnamese fare... Until now."

It started about two decades ago: a massive invasion of the American restaurant world by Asian eating places. An avalanche of Japanese, Thai, Korean, Indian, Chinese, Pan Asian, Asian Fusion, Asian this and that spots that descended on the U.S. They included combinations of the above like Thai-Japanese, Chinese-Japanese, etc (Chinese only restaurants have become a rarity). But there was one relatively missing culinary representative. The absent cuisine was Vietnamese fare.

Most of the Vietnamese action was understandably on the West Coast where diners knew and cared more about this interesting, diverse food. The Vietnamese part of the trend virtually by-passed New York.

A few (10 or 12) opened in New York City (mainly in flushing and Brooklyn) and even fewer on Long Island (mostly in Nassau). Suffolk was, until this past April, virtually untouched. A few years ago an East End eatery opened and quickly closed.

Then in April, Jackie Nguyen and Justin Trainh (owners of a Vietnamese restaurant in Seattle) moved to the Long Island scene and opened Saigon Casa, a Vietnamese outpost in Port Jefferson Station. It offers a multi-paged menu of authentic Vietnamese cuisine, sweet, swift service and modest prices (most main courses go for $9.95 and top out at $13.95).

It’s a spacious, slightly barn-y though pleasant place that, like all true Vietnamese restaurants, stresses healthful vegetable and fruit dishes absent much oil or many dairy ingredients. Most of the dishes live up to the restaurant’s “authentic” description, although a few are fine tuned to milder American tastes. For instance, the traditional fish sauce is bland compared to the real thing.

The Banh Mi sandwiches ($5.95 and $6.95) are the real thing. They are served on soft, warm baguettes, (the French introduced breads, ice cream and wine), harboring gobs of grilled pork, ham, beef or chicken. One of them provides more than enough as an appetizer for two.

Speaking of quantity, many Vietnamese dishes amount to meals in bowls. Pho, a bowl of tasty, inexpensive Vietnamese rice noodle soup ($9.95, $11.95), replete with tender strips of steak, chicken or brisket and alive with herbs and bean sprouts is a winner. So too are translucent spring rolls ($5.95) stuffed with greens, meat or seafood and coriander and dipped in fish sauce. The grilled pork and vegetable summer rolls (2 for $5.95) in rice paper rolls are another worth while choice.

All the main events over vermicelli or rice are a way to go. Especially recommended are the Bun Ga Nuono Cha Gio or grilled chicken, mini spring rolls and vegetables over vermicelli ($9.95). For dessert, try the flan ($3.95). It’s not particularly Vietnamese, but it is mighty good.