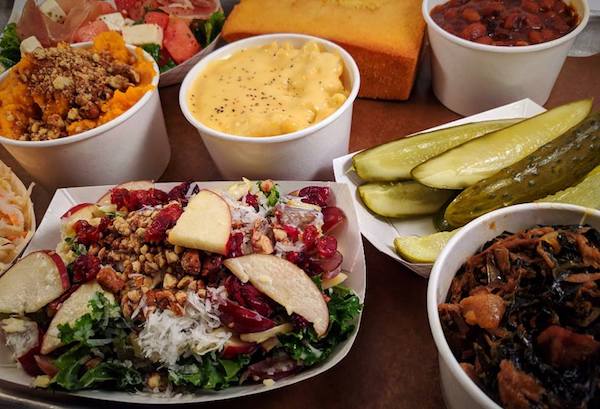 "Although Huntingtonians can be understandably forgiven for feeling smug about their many dining choices, there have been few options for those seeking barbecue. That all changed recently when two BBQ restaurants opened in Huntington Village for the first time."

When it comes to restaurants, Huntington is a hot spot. Its diverse eating places serve the food of Italy, France, Greece, Argentina, Thailand, Japan, China, Mexico, Afghanistan, Spain, Portugal, and Persia (Iran). Although Huntingtonians can be understandably forgiven for feeling smug about their many dining choices, there have been few options for those seeking barbecue. That all changed recently when, in a period of about ten days, two BBQ restaurants opened in Huntington Village for the first time.

I visited one of them, Old Fields Barbeque, on New Street in a space that Orlando’s occupied for many years. It seems to aspire to be both rustic and trendy, pretty well accomplishing both. Patrons order and pick up their food at an unglamorous counter in the back and take it to their tables heaped on metal trays lined with thin sheets of paper. 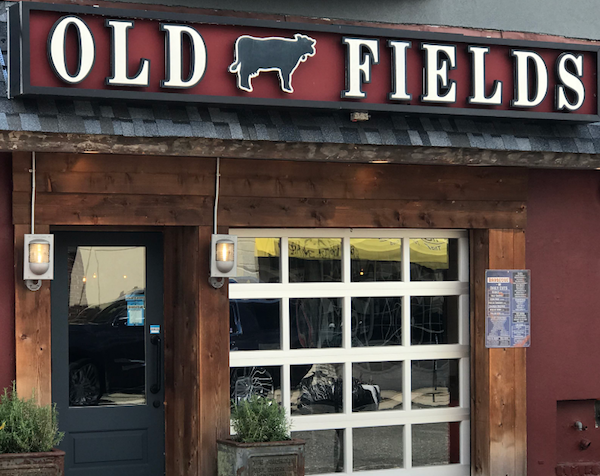 Speaking of paper, there are rolls of it on every table instead of napkins. Other down home touches include ingredients stored on open shelves behind the counter, a wall made of old wooden crates cobbled together, a red 1947 Schwinn Wizzer, and lamps made from toaster parts and old chicken feeders. Yet the whole place has a gastro pub industrial interior feeling about it. 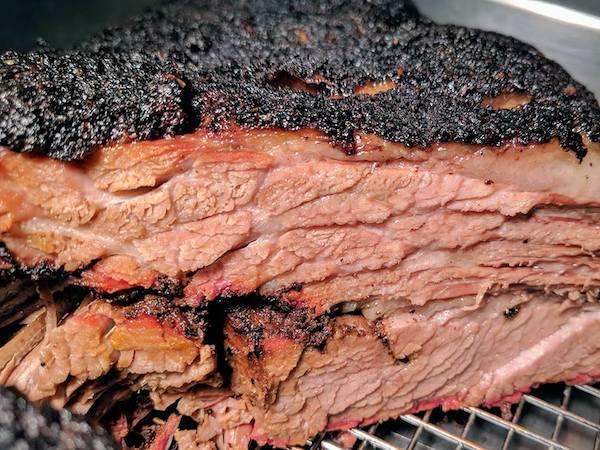 The mellow, mouth watering brisket ($12) is the undisputed must order here. There’s nothing much wrong with the slightly dry pulled pork ($9) that a squirt of one of the two barbecue sauces on the table can’t cure. When ordering, keep it simple. The chunky potato salad ($4) laced with bacon bits is fine. But the watermelon salad ($7) consisted of unripe melon squares, not redeemed by mediocre pieces of kale. The generous loaf of cornbread ($4) too was rather ordinary and unexciting. Yet that peach cobbler with lots of whipped cream was first rate. 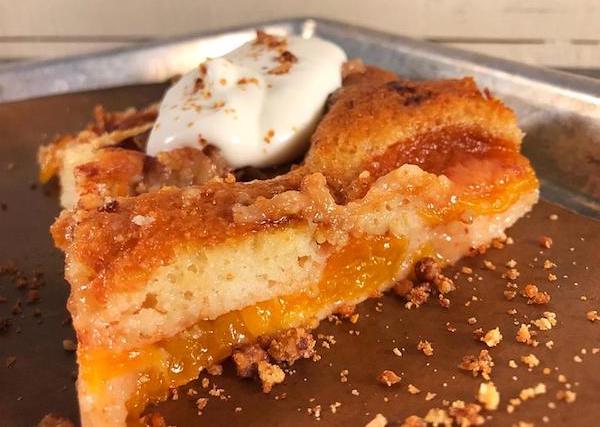 You get the idea: Old Fields Barbeque is an unpretentious spot (don’t expect them to have decaf coffee) but portions are generous, prices are modest, and the menu replicates that at many a Southern BBQ.