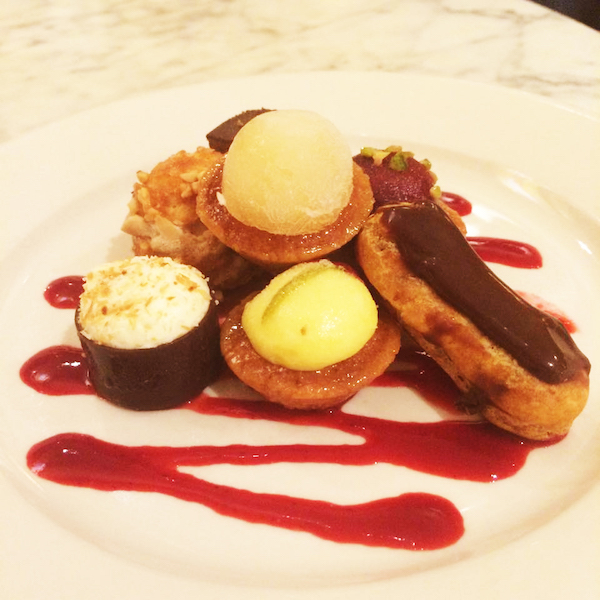 "Unlike the restaurants that typically offer only escargot and onion soup with a standard American menu but claim to be French or those with French décor and that’s it, Demarchelier is the real thing."


“We eat at Long Island restaurants frequently but we also occasionally dine in the City and would love to see you review a calm, less than well known, off the beaten path one there.”

“We love French food but there are relatively few authentic restaurants on the Island (and they are disappearing). There aren’t even as many in the City as there once were, any suggestions in either place?”

It’s rare that one restaurant answers both of these frequently received requests. But there is one. Far from the hub bub of Times Square and the Theater District on the fashionable Upper East Side is the family owned 25-year old Demarchelier. It’s an authentic, very French bistro that opened in 1978 and moved to its present location on East 86th Street in 1992.

Unlike the restaurants that typically offer only escargot and onion soup with a standard American menu but claim to be French or those with French décor and that’s it, Demachelier is the real thing. Though rarely advertised, pushed or promoted, its owner French born Eric Demarachelier is an artist whose rotating work appears on the walls of his restaurant Its interspersed with traditional old French prints. The restaurant is managed by his daughter, the warm, engaging Emily Demarchelier.

Our French waitress suggested we check out the weekly specials and I’m glad she did. They well represented the French authenticity of the owner and chef (Marc Tagournet). On Tuesdays the featured dish is couscous. We ordered the Wednesday special, a massive portion of duck a l’orange with an intoxicating sauce. Thursday’s special features cassoulet, a hearty meat and bean concoction immensely popular in France, especially in winter time but rarely encountered in this country. The Friday and Saturday entries are Bouillabaisse and pot au feu. The traditional weekly specials are anything but usual. This very French menu also offers a very generous serving of rich, rewarding foie gras, duck confit, coq au vin, moules mariniere, steak tartare, sole, cheese fondue, tarte fine au pommes and crepe suzette.