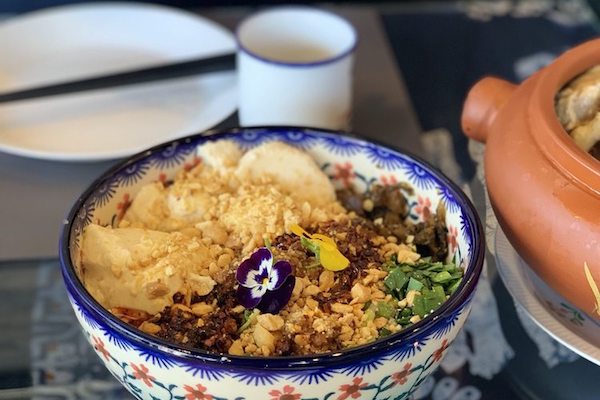 "Let’s have Chinese tonight" is an often heard comment in American homes. "Chinese" in this case usually means Cantonese or Szechwan. But China is a huge country. The cooking in its various regions is distinctive and differs greatly from area to area. Until now, Americans - including those who are Chinese-food lovers - have just scratched the surface. However, a new Chinese restaurant in Great Neck called Coco Palace offers one of those rarely-encountered Chinese eating experiences. Its Yunnnan cuisine from the Western Provinces bordering Vietnam, Laos and Myaramar is often influenced by its neighbors, all of which results in unique possibilities. I had never previously eaten any of the dishes sampled at Coco’s Palace.

At the center of this one-of-a-kind Long Island spot are rice (not wheat) noodles. The most promising of these rice dishes is the “Crossing the Bridge Noodles”. It has achieved nationwide popularity ever since its introduction in the Quing Dynasty. It involves a small burner brought to the table along with a case holding tiny dishes of Chicken, pork, mushrooms, squid, scallions, shrimp and chives - all of which are mixed into pork and chicken broth in the warming broth of the burner. They are followed by a bowl of rice noodles that, along with the other ingredients, cook for a few minutes before being consumed. Listed as Yunnan Oriental style rice noodles, they are on the rice section of the menu that also yields a number of other good regional picks. 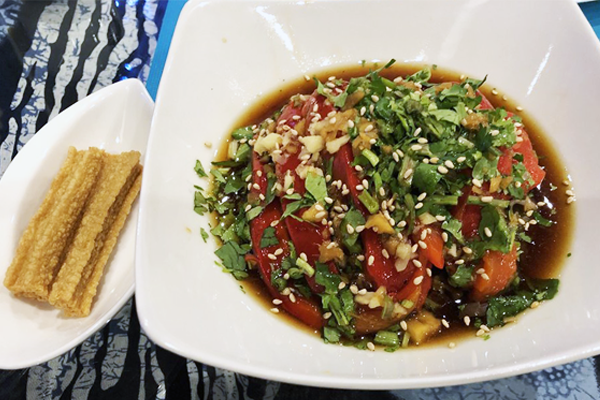 Among the ones we sampled were Jinpot chicken: a cold chicken and chopped peanut dish enlivened by lemon sauce, bland (yet strangely addictive) buckwheat chips, a good Kumming style eggplant appetizer and Yunnan style pork belly stew with rice noodles. 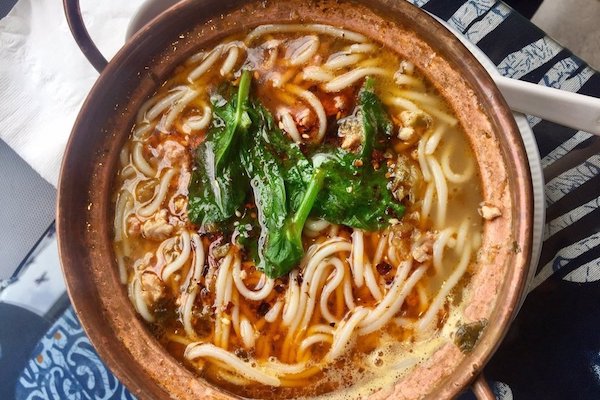 Coco Palace has some charming touches including flowers, dolls, print textiles and embroidered pillows. Service is willing and pleasant but seemingly inexperienced. We had no sooner sat down before we were asked to order. Dishes came to our table one by one in a staggered sequence.