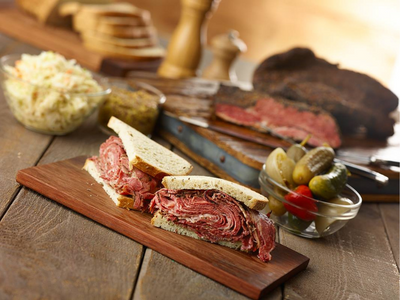 Where To Go For National Pastrami Day

On January 14th, we celebrate the miraculous creation that is the pastrami sandwich. These sandwiches, made from cured cow navel, were eaten by many new immigrants to this country at the turn of the century, and boy do we still enjoy them today. For your next pastrami fix, try one or all of these four stellar Long Island delis. 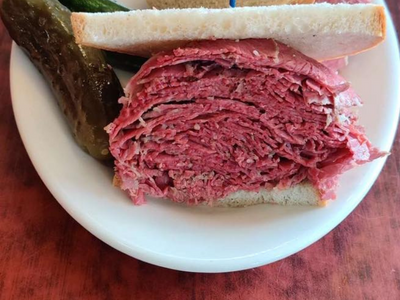 Lido Kosher Deli, located in Long Beach, ships real deli pastrami, corned beef, knishes and more anywhere in the continental U.S. Serving Long Islanders for nearly sixty years, everyone who eats at the restaurant feels the love and family attitude that is brought to every meal. With a full-service dining area, free-delivery, a take-out counter, and catering, Lido Deli can serve all your needs.

Ben’s Kosher Deli is a family-owned and operated restaurant and delicatessen that has been serving up the finest authentic New York Kosher delicatessen and eastern European comfort foods since 1972. Customers love Ben’s homemade soups, hot pastrami, fresh-cut coleslaw, baked knishes and crunchy all-you-can-eat pickles. Ben’s has six locations, and three of them are here on Long Island in Bayside, Woodbury and Greenvale. Also visit the Ben’s in Boca Raton, Florida the next time you’re in the Sunshine State! 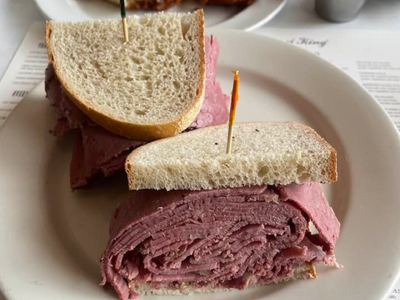 The food is so good at Pastrami King in Merrick that yes, it’s fit for royalty. The world famous Pastrami King, formerly in Kew Gardens, Queens, is an upscale 200 seat restaurant serving a variety of foods, from signature overstuffed sandwiches and traditional delicatessen favorites to trendy gourmet salads and contemporary entrees including fresh fish, pastas, prime steaks and burgers. Different mouthwatering specials are prepared by the chefs daily. 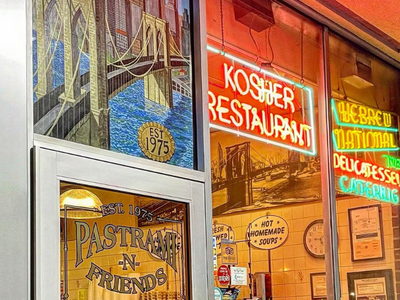 Pastrami N Friends in Commack offers Long Islanders a little taste of Brooklyn. They serve the finest kosher food under rabbinical supervision. Favorites, aside from the outstanding hot pastrami sandwich, include the split pea and beef mushroom barley soups, French dip sandwich and the tongue and hard salami sandwiches.