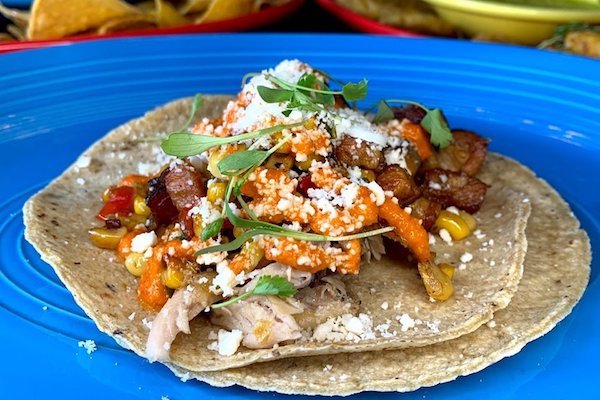 "The more you taste, however, the more you will realize that Mission Taco is not a slapdash operation but an elaborate upscale Mexican restaurant."

Taco joints and dining spots are at opposite ends of the restaurant spectrum. Taco establishments often consist of two or three tables, a counter with a limited inexpensive menu, and plenty of take-out business. Mission Taco, a new Mexican restaurant in the heart of Huntington Village that bills itself as "Street eats and cocktails,” breaks the mold by combining the two types of eating places. 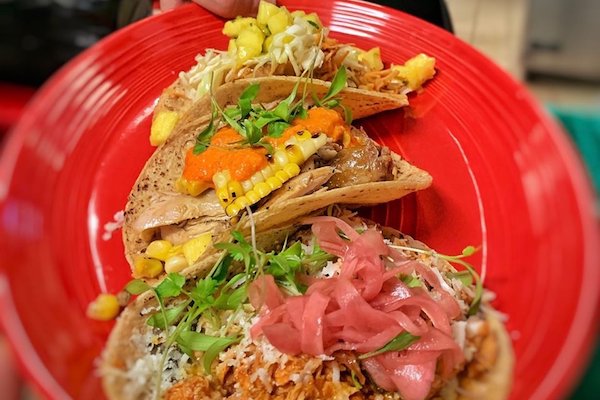 Few, if any, true taco joints have upfront cocktail lounges, outdoor eating, filament bulb lighting on exposed brick and a 35 ft. long work of exotic art wall art by a noteworthy street artist from New York City. Its unapologetically hip appeal is illustrated by its self-description as an authentic - but not traditional - tacos and tequila restaurant. Other touches also illustrate Mission Taco’s whimsical mixed message: for example, one wall says, “Feed Me Tacos and Tell Me I’m Pretty.” But more sophisticated diners will notice the three vegan tacos and the listing of local farms and purveyors’ sources. Its upscale, creative menu, replete with trendy highlights is designed to appeal to both the young bar room crowd and family groups seeking familiar fare. 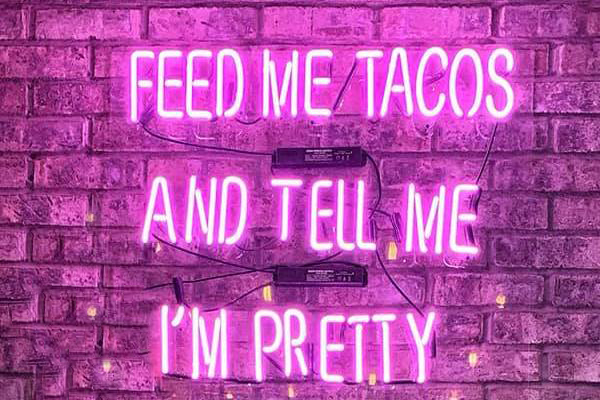 The eater will find carnitas (pulled pork) and chicken tinga tacos in the $5 and $6 range to their liking, while more adventurous folks might opt for the octopus taco with tablecloth stain mole sauced avocado and chorizo. The more you taste, however, the more you will realize that Mission Taco is not a slapdash operation but an elaborate upscale Mexican restaurant. 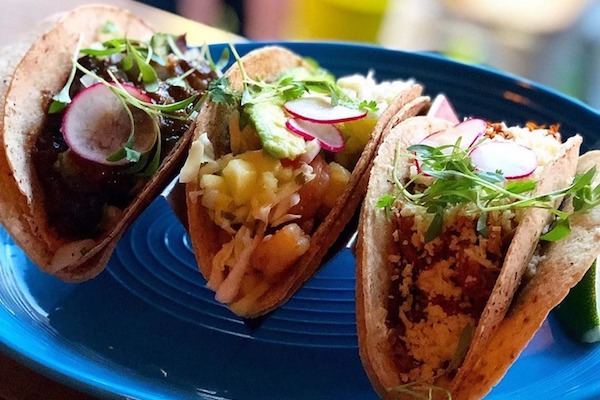 The food here neither blew us away or disappointed us. We sampled the carnitas, barbacoa (brisket), taco shrimp and grits, chicken lollipops (little drumsticks with a habanero honey glaze), and roasted cauliflower. We finished with an excellent tres leches of three milk-soaked sponge cakes. All were satisfactory, none were sensational. So too was a unique Mission Margarita signature drink featuring a house made sea salt foam. 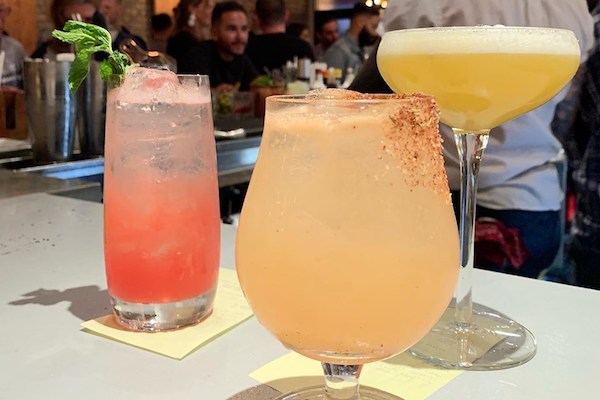